Yusufkanbai is the artiste everyone is betting on, here is why.

I was about thirty minutes late for my interview with yusufkanbai but he was calm about it. A statewide lockdown due to the increasing cases of the crippling COVID-19 had just been enforced the night before and although his apartment was a three-minute drive from mine, I was sceptical about it. His apartment, inhabited by three cats, was a lot different from the first time I had been there. I had been to his apartment for the first time when another artist friend of mine needed to record an important collaboration late at night and there were no recording studios around, Yusuf was kind of enough to let us use his home studio and we chatted all night long like longtime friends that were simply catching up even though it was our very first meeting. Before we began our chat this second time, he was quick to clear up one thing “yusufkanbai is one word, and I like it all lowercase, I just think it is more aesthetic that way”

Many artists of the generation that yusufkanbai belongs to idolize Wande Coal and rightfully so. Wande Coal arguably birthed this wave of Afrobeats sound that is gradually wading into Pan-Atlantic markets. His love for Wande Coal runs so deep that he was robbed of his phone during his secondary school days because of it. He had forcefully powered up his dead phone just so he could listen to music off Wande Coal’s debut album, Mushin2Mohits, before he was accosted, slapped and stripped of his phone. Regardless of his past loss, he was full of praise for Wande Coal. “Wande Coal is one of the reasons I started doing music. Every beat is like a maze, Wande Coal dances on that maze, it is effortless.”

Like his name loosely translates to, yusufkanbai is one of a kind. His fashion merges the lines of simplistic and outlandish seamlessly and he markets his music in an extremely unique way that stems from an outside-in approach – the urge to think like a consumer of his own music and cater to that need optimally. “I know people are less likely to click the link if I just post it on the timeline, that’s why I make those videos of me dancing or the video of me sorting through different outfits before my Aux performance. It is stuff like that, that would engage the fans and make them a part of the experience”. This unique marketing stance and growing cult followership propelled him to win The One, a competition organized by Clout Nigeria, an emerging digital distribution company. He also featured on four tracks, the most by any artist, on the debut collective album from the music distribution company, Ejoya, alongside Buju, Jinmi Abduls and Mojo and he is also a member of the next class of Mr-Eazi pioneered Empawa 30 for emerging artists across Africa “I had been seeing posts of other contestants and that Mr Eazi was liking some posts but he did not like my own. Then one day, out of the blue, Mr Eazi liked my post. I was so excited and then just before I posted it on my team’s Whatsapp group, my manager put up an e-mail that Mr Eazi had just sent. It was surreal and then winning Clout’s The One after really put things in perspective for me.”

Having grown up across several cities in Lagos, Nigeria, yusufkanbai’s strength lies in people and not the multiple places that have raised him. At his Aux live performance in February, yusufkanbai’s friends who tore the whole place down with their manic energy, raging ceaselessly to his performance and posturing yusufkanbai as the superstar he is emerging into.  That performance still remains yusufkanbai’s favourite performance till date and he does not undervalue the collective group that has spurred him on and the memories they are making on their journey to the zenith of the music scene  “I think it was my birthday this year, we were at a hotel to record music and a friend of mine who is also part of the team had had edibles beforehand. He just kept running around screaming ‘Yusuf is king. Yusuf is king. My king’ after hearing me record music, it was probably the funniest thing that has happened to me on this music journey. I did not even record more than one song but it was just a great day all round”. Inspired by relationship woes with his ex-girlfriend and recorded on a beat from Youtube, yusufkanbai made his second single, Do and Undo, his most soulful track yet but singing was not always a straightforward path for him “Ojah B is someone I am really grateful to, he taught me a lot about singing, about music. How to jump on a beat, parting a song, all of that. Oxlade as well, he even sang on Do and Undo. They are people I would always be grateful to.”

With his diverse roots, burgeoning niche sound, a growing catalogue of music, and the backing of some of the best emerging companies within the Nigerian music industry,  yusufkanbai is on a rollercoaster to stardom and he is doing it on his own terms “I want to show what a superstar should be. I’m bringing a whole new wave” 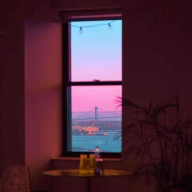